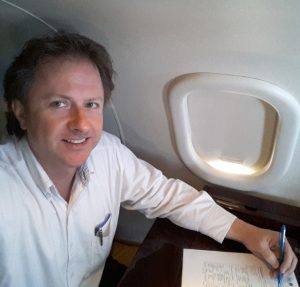 Dr. Samuel D. Thelin is a medical doctor licensed and practicing in Mexico. He is originally from the United States. As a child, he wanted to be a race car driver and was fascinated by cars and other machines. He would disassemble almost any discarded electrical or mechanical device to see what was in it, and learn how it worked. After high school, he worked in several technical fields, including restoring Corvettes for six years. As his personal interest in physical fitness lead him in the direction of learning more about biology and physiology, his career path changed to medicine. He started his studies at Collin College with an A.S. in General Science, then finishing his medical prerequisites with a B.A. in Biology from the University of Texas at Dallas. He filled his elective classes with Spanish classes and biology lab classes such as molecular cell biology and bacterial genetic engineering. After finishing his undergraduate degrees in the USA, he went to Guadalajara, Mexico to study medicine under the American Medical Association’s Fifth Pathway Program1. Dr. Thelin fulfilled the additional requirements by the Mexican government to obtain his medical license in Mexico, and stayed to live and practice medicine in Mexico.

Dr. Sam Thelin graduated from the Universidad Autonóma de Guadalajara with a medical degree, then did one year of internship in a Guadalajara hospital, and another year of social service running a centro de salud clinic for the health department of the state of Jalisco, in the rural, mountain village of Nigromante (referred to as San Juan de la Montaña by the locals) working as the only doctor for miles, treating all varieties of conditions, to be eligible to obtain his medial license in Mexico.

He worked for four years in the emergency center of the Red Cross in Chapala, Mexico, where he was the medical director for the majority of those four years.  While working there, he opened his own medical office in Chapala where he currently treats patients.

Dr. Sam Thelin works with  other doctors, nurses (including home healthcare providers), and therapists with whom he has selected to work based on past professional experiences, to fulfill the medial needs of local lakeside residents, and foreign patients.

1 The Fifth Pathway Program was a program for US and Canadian citizens and legal residents who studied medicine outside the USA. It facilitated their re-entry into the US to work as medical doctors. It was the result of an out-of-court settlement in 1971, from a lawsuit against the AMA in 1968 accusing the AMA of being a union of doctors controlling who could and who could not practice medicine in the USA, after many US citizens for whom there were not enough opening in US medical schools, went to study in foreign countries, and were hassled by the AMA when they returned to the USA to work as doctors (according to Dr. Steve Horowitz in his book written in 1977 – ISBN-13: 978-0688031404). The AMA then canceled the program after sponsoring it for 36 year (the announcement was made by then AMA councilman Dr. Richard Pan, MD, MPH, who after his work in canceling the program, became a California state senator and pursued political ambitions). This prompted Dr. Thelin to reassess the situation and explore all his options, and he chose to take advantage of what Mexico had to offer. 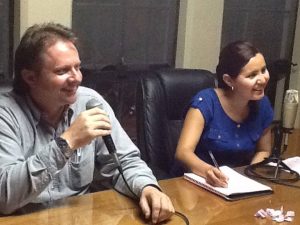