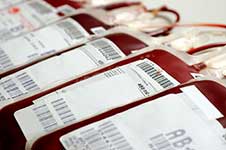 This guide is a compilation of 112 pages of the Official Mexican Standards (Norma Oficial Mexicana) 253-SSA1-2012, and protocols of various blood banks in Mexico, organized by the period of time someone would be excluded from donating, based under various conditions. There are four pages of relevant information to donors, to self-assess whether they are eligible to donate, and to inform them of the measures necessary to help ensure acceptance and safety of blood donation in Mexico. This is a short version, while still being complete. There are terms that many people will not understand; in most cases if someone does not understand some terms, they are probably elements that do not relate to you. Taking various drugs are exclusions for a period of time, but not all of the unsafe drugs are identified in this guide. Likewise there are medications that can be taken without problem (e.g. taking medication for controlling blood pressure is not excluded), but always clarify any doubts at the blood bank before donating blood.

There are three types of blood donation exclusions:

* Smoking is not a reason to reject the patient unless there it appears to significantly affect their current health status.

* Women who are having their menstrual period are permitted to donate unless they have associated symptoms.

* The following vaccinations do not exclude anyone from donating, unless they have adverse symptoms due to vaccination: rabies, tick-borne encephalitis, hepatitis A or B virus, as long as they were not given because of possible exposure; vaccines made with dead bacteria or capsular polysaccharide vaccines, such as cholera and typhoid; inactivated virus vaccines, such as polio in its injectable form, and toxoids, such as diphtheria and tetanus.